This time I thought to do some nail art with my bindis. I think this nail art is perfect for party look. As I am not so expert I have tried some easy way to design my nails. I love nail art a lot. So here is my nail art.

At first I have applied the nail polish on my nails. This time I have used the color black as I think black is just appropriate  for party look. To make a slight contrast I have applied blue color in one of my nails.

Then I have used this bindi. This is stone bindi and perfect to give a gorgeous look. You can put it according to your likings. The glue in the bindi is enough to fix it in the nails.

Next I have tried this design bindi in one of my nails to complement the others.

Finally my nails are ready to go for a party.

This post is inspired by seeing the two persons who are using this product from more than 35 years and they both have a problem free skin. They frequently advise me to use this product.So i have tried this.

The product comes in a plastic tube with twisted cap. The outer packaging is cardboard box. The color of both the tube and the cardboard box are yellow and the details of the product are written on both of them.

The product is mainly made of turmeric extract and sandalwood oil.

USEFULNESS of TURMERIC on SKIN

Turmeric has antiseptic and antibacterial properties. It actually cures the several problems of our skin …helps to reduce wrinkles, acne scars, signs of aging. It provides a natural youthful glow and brightens the skin.

USEFULNESS of SANDALWOOD OIL on SKIN

Sandalwood oil is famous for its aroma. It helps to prevent any kind of skin aging, helps to make skin clear and flawless.

Wash you face properly and apply it all over your face before going to bed.

WHAT the PRODUCT CLAIMS

Vicco turmeric skin cream is an Ayurvedic Medicine. It prevents and cures skin infections, inflammation, blemishes, wounds and other skin disorders. It soothes pimples, acne and burns. It nourishes the skin, improves tonal value and makes it beautiful.

It fulfills all the claims. My aunt is 71 years old and my uncle is 56 years old and they both have a bright skin as I told you earlier they are using it more than 35 years. They both are working people and have to go outside in the scorching heat, yet they are not suffering from any kind of skin problems and what can I say about their glow…ahhh that is indescribable..

To provide you a better review I am using the product from last three days. I use it at night and I love the yellowish hue on my skin in the next morning.

“If you have a garden and a library, you have everything you need”…Marcus Tullius Cicero. So true. I have realized this after seeing my parents. We have a lovely garden and all the credits go to my parents. They spend long time in the garden. They perform all the activities themselves…dig the land, sow the seeds, water the plants, apply fertilizer everything as if the trees are their children. So today I thought to share with you the one part of their garden.

Beans, bitter melon/bitter squash cucumber and some others are now in germination period. when they will sprout i will share with you all.

We always love to watch the shows which appeal more real to us than any exaggerated theme. “House of cards” is such a television series that is full of thrilling events, adventures yet maintains some real connection with the world of politics.

After the successive success of season one, two three and four and bagging 33 primetime Emmy Award and eight Golden Globe Award and after securing a room in the heart of the audience “House of Cards”, the series of a political drama, based on the novel by Michael Dobbs is back to sail you away into the power craving political atmosphere.

“The past can’t be changed the future is yet in your power”…the protagonist possibly dealt with this theme. Power, heartless pragmatism and manipulation are the primary theme of the series.

The 4th episode ended with Frank Underwood becoming the President and the Underwood’s and the cabinet watching the live video of the terrorists. Franks words “we don’t submit to terror we make the terror” leave a chilling effect on our nerves.

I have tried to maintain this post Spoiler Free.

The scene of the 5th season is set in the upcoming presidential elections… the tension, the planning, and the trick is shown in the way that the audience will also feel it.  Being gathered at the outside of the White House the people are chanting “not my president”. In order to arise the anti terrorism sentiments among the masses to get votes Claire makes public appearance. They are actually trying to induce fear into the heart of the people. In the scene where Claire peeps through the rifle scope asked by her husband shows their power monger nature or may be said that their brains are as powerful as the rifle.

Throughout the earlier seasons we watched the soliloquies of Frank but this time in this season Claire Underwood is seen to address the camera. Does the story teller want to convey some message???

Presidential election is ahead.

Will Conway is trying his best to defeat Frank in the upcoming election and thereby trying to defame Frank among the citizens, Frank knows that a tough fight is going to happen; on the other hand Frank wants to make Claire the Vice President, Season 5 Episode 1 shows the hatred among the people for Frank, all these suspense are already hovering our mind.

Above all the beheading of Jim Miller by terrorist Joshua Masterson has left an awful impact on the security of the country and the country men.

Frank has fallen on his own trap. Some of the previous murders conducted by Frank are now in under the investigating committee

How Frank will deal with all these issues??? Will he be able to win the upcoming election???? What will be his strategy to fight with the terrorists??? Will Claire be with Him till the end????

Want to satisfy all your queries???? Then watch the “House of Cards Season 5 from today 5pm onward on Zee café #HOConZCafe

Kevin Spacey as Frank Underwood is natural enough to convince us to look at his megalomaniac nature.

Frank Underwood is coming to India with the television premiere of House Of Cards Season 5 on Saturday, 3rd June, 5 PM onwards, only on Zee Café 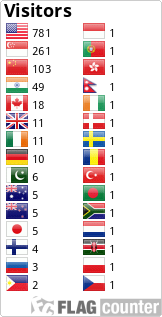